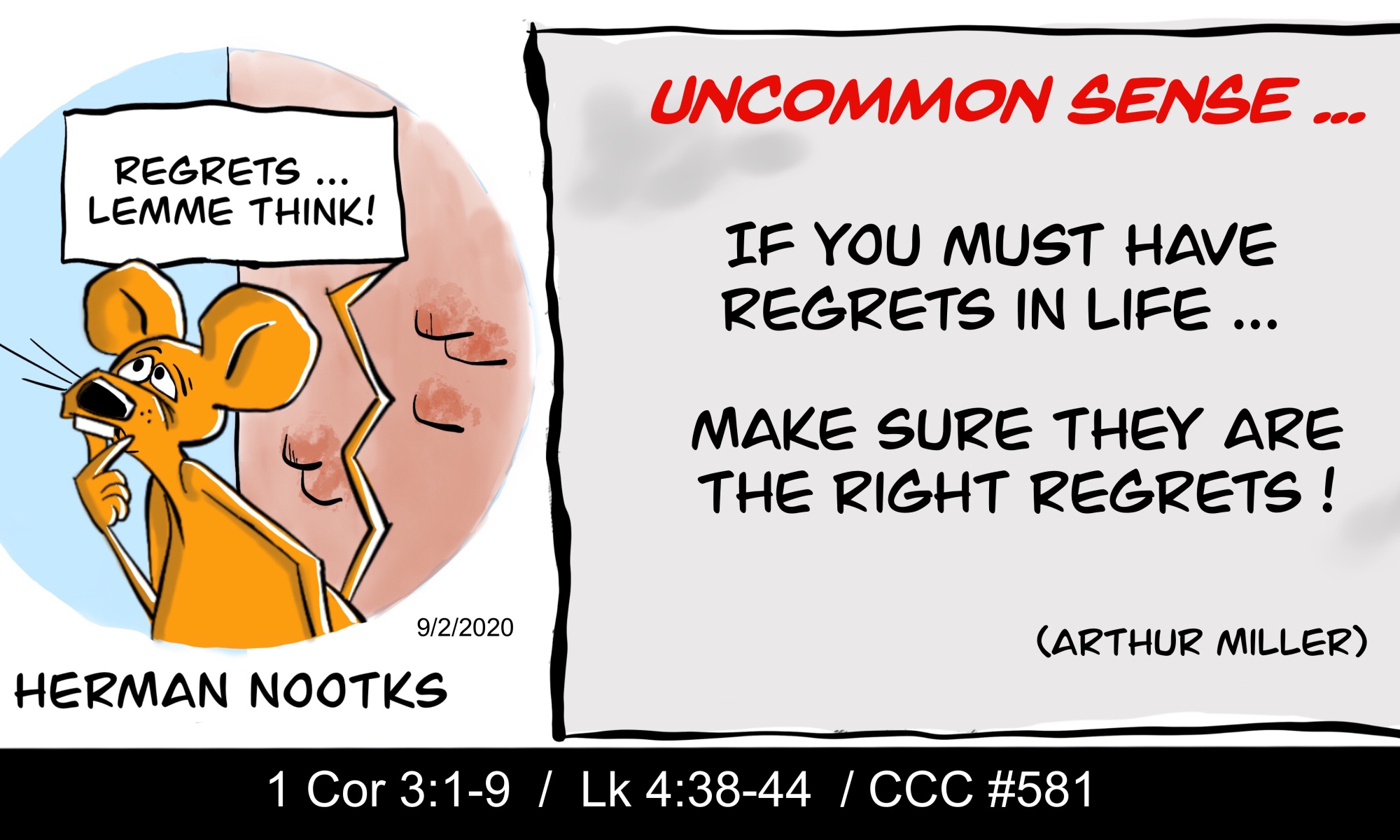 “Regrets, I’ve had a few. But then again, too few to mention”

Herman sat in his little flat in the Cathedral listening to an old song on his phonograph. It had been recorded by a number of artists over the years, but he still enjoyed Frank Sinatra’s the best. It was a good song for a mouse to listen to as he reflected on his own life. Somehow, it always left room for hope, and hope was what most mice needed these days!

“Help me,” some would say. “Heal me” or “heal my friend or family member,” others would cry out. “Give me, give me, give me,” the long procession of needy people would demand. And Jesus didn’t hesitate. He never refused to help a needy soul, even if that soul was a Samaritan or a gentile.

As Herman thought about today’s mass readings, he realized he did have one regret. “My way,” he thought, “that certainly wasn’t the best way.”

Herman did wish he hadn’t always tried to do things his way. Instead, he wished he could’ve done more things God’s way. How different life might’ve been if only he had been more like Jesus in dealing with others and with himself.

That’s when he remembered something St. Maria Faustyna Kowalska had taught. Those with the greatest sin have the greatest claim to God’s eternal mercy and grace. Where sin abounds, God’s endless love and mercy abound that much more!

In the moment, Herman realized he didn’t always do everything right or well, and he wasn’t very much like Jesus either. But still, he could always trust Jesus to rescue him. God really is good!

That’s our story and we’re sticking to it! It’s cool to be Catholic. COOL2B.