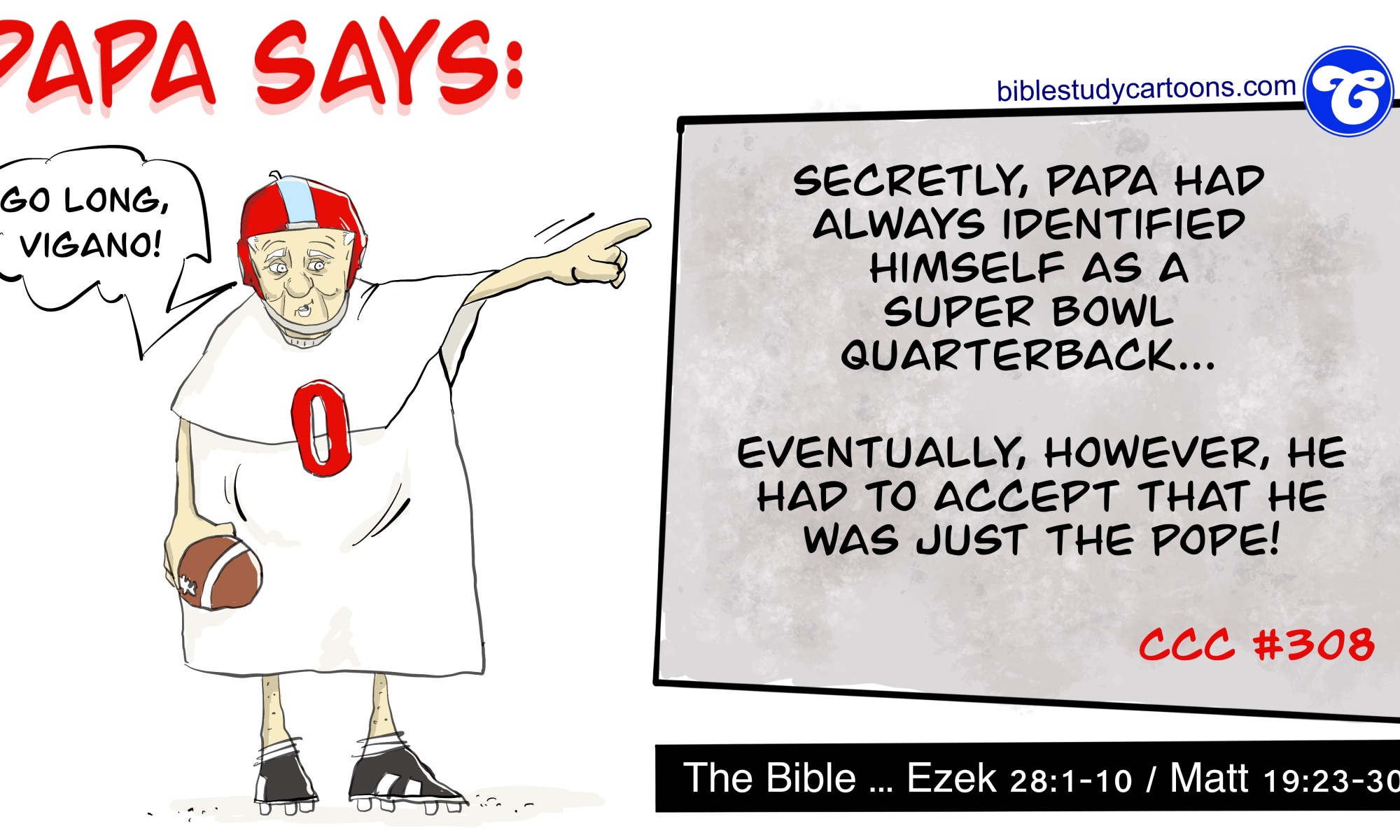 Today’s reading from the Old Testament troubled Papa greatly. He loved the people of the world and wanted the very best for all people in all places. Recently, he noticed a strange phenomena. He called it “self-identifying.”

If the media were to be believed (which Papa had some grave doubts about), there were lots of young people who seemed to have been taught that you are whatever you say you are. For example, he read a magazine article about a man who thought he was a Canadian goose. The man couldn’t understand why the geese moved away from him whenever he tried to walk among a gaggle. And he almost always became depressed whenever the geese flew away, and he could not join them as they flew above the trees honking at each other and the people below.

It wasn’t for not trying. Dozens of times, this man waved his arms erratically and honked at the top of his lungs. But never, not once, did he ever lift off the ground above the trees like all the “other” geese.

Papa’s heart was broken for this poor, misguided young man. Why couldn’t he just learn to be the wonderful man God made him to be!

In today’s Old Testament reading, God sends the prophet Ezekiel on an important mission. He is to tell the people of Tyre to get their lives into perspective or they will suffer greatly. In other words, “Get real!”

In another time and another place, God told a different man that He knew the plans He had for that man. He planned to bless and prosper the man, and not to harm him (Jer 29:11-12).

But this young prince in Tyre believed he was a god simply because he had been blessed by God. The merchants of Tyre thought they were smarter than everyone else too, so they swindled their trading partners. The island of Tyre was a real mess, and God sent them a messenger with a warning!

God has a plan for your life too. Though you’re not the prince of Tyre or the prophet Jeremiah, God is the same God. He has a plan to bless you in ways you can’t even begin to imagine yet. But to find your blessing, you have to work His plan.

You are what you are. You can’t change reality by thinking you’re something or someone else. Don’t be deceived like the people of Tyre had been.

It’s good to be you!

That’s our story, and we’re sticking to it. It’s cool to be Catholic. Cool2B!